U.S. Ambassador J. Christopher Stevens was known for his goodwill toward others. Always gracious, fascinated by other cultures, and constantly asking questions, he engaged in open and respectful dialogue with everyone he met. His appreciation for the differences that make people unique was fueled by his early experiences abroad. Stevens studied as a high school student in Spain and as a college student in Italy.

Ambassador Stevens devoted his life to building bridges. As a young man, he volunteered to join the Peace Corps and taught English in the Atlas Mountains of Morocco. Morocco was his gateway to a life spent as a brave and intrepid diplomat for the United States. He served the majority of his career in North Africa and the Middle East, a region he grew to love, and rose to become U.S. Ambassador to Libya.  He was killed by violent extremists in Libya in September 2012 as he continued this important work.

The Stevens Initiative, conceived and developed in close partnership with Ambassador Stevens’ family, was inspired by the meaningful international exchange experiences that Ambassador Stevens had as a young man, which helped to shape the kind of diplomat he became. Such in-person exchange experiences are highly valuable in today’s inter-connected world, yet less than one percent of young people have the opportunity to study abroad.

The Stevens Initiative builds on the pioneering work of the virtual exchange community. Recognizing the potential for significant impact that this work promises, and capitalizing on advances in technology, the aim is to make similar life-changing, cross-cultural experiences available to a large number of young people in sustained and meaningful ways.

Mohamed Abdel-Kader is Executive Director of the Stevens Initiative at the Aspen Institute. He previously served in the administration of President Barack Obama as Deputy Assistant Secretary for International and Foreign Language Education at the US Department of Education’s Office of Postsecondary Education. In that role, Mohamed was responsible for encouraging and promoting the study of foreign languages and the study of the cultures of other countries at the elementary, secondary, and postsecondary levels in the United States. He led his division’s work in administering grants for overseas studies and research programs funded through the Fulbright-Hays Act as well as Title VI grants to support language and area studies programs in the United States. Before joining the US Department of Education, Mohamed served as the Director of Development for the Edmund A. Walsh School of Foreign Service at Georgetown University and managed the university’s advancement strategy in the Middle East, where he focused on major gifts and strategic engagement. Previously, he developed international partnerships and led donor development efforts at George Mason University. He has advised a variety of clients on organizational strategy, doing business in emerging markets, intercultural communication, and cultural competency in international philanthropy.
He speaks fluent Arabic and basic Spanish, is a Truman National Security Fellow and is the author of a children’s book about stereotypes. He holds a Bachelor’s degree from Clemson University, a Master’s degree in Higher Education from Vanderbilt University, and an MBA from Georgetown University’s McDonough School of Business. Mohamed is a trustee of the Longview Foundation for International Education & World Affairs.

Alanoud Alown is a Regional Program Manager based in the United Arab Emirates. Alanoud has extensive experience working in various research and analysis capacities. She held the role of Lead Consultant at Analyseize Research, a leading research firm specializing in social and economic research projects across the MENA region. At Analyseize, Alanoud worked on the first comprehensive study on Corporate Responsibility and Social Entrepreneurship which included seven countries across the region. The study aimed at creating a movement of companies dedicated to responsible management as a way forward towards ensuring sustainable societies. Previously, Alanoud worked at the Political Affairs Department at the office of His Majesty King Abdullah II of Jordan. In her capacity as Senior Policy Researcher, she conducted research and analysis on regional and international developments and was actively involved in preparing various studies on the ramifications of global and regional developments on Jordan, among other responsibilities. Alanoud holds a Bachelor’s degree in French with a minor in Spanish from Georgetown University and a Master’s degree in Social Anthropology from the London School of Economics. 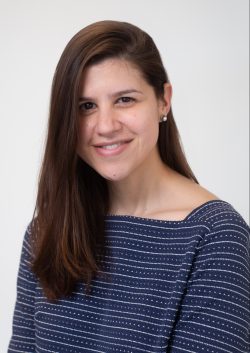 Leonor Chiarella is Senior Associate, Partnership and Outreach. Prior to joining the Stevens Initiative, she worked at the International Baccalaureate Organization as Development Associate Manager, where she worked with heads of schools, teachers, district administrators, and other educational leaders. She also assisted with the IB Global Conferences in the Americas region, soliciting sponsorships and cultivating on going partnerships.  Leonor was also the Event Coordinator at Meridian International Center, assisting with the coordination of the annual fundraising gala and other donor related events.  She is Bilingual in Spanish and English.

Manal Elattir is a Regional Program Manager based in Morocco. She has been an advocate for women and youth empowerment and leadership in Middle East and North Africa (MENA) region. She is the founder of ASILA, a social enterprise that empowers grassroots women entrepreneurs through business capacity building, mentoring and networking and through the creation of an ethical fashion brand Asilashop connecting them to the global market. Manal co-founded the first mentoring network for women in Morocco and trained more than 1500 youth across MENA region on entrepreneurship and career guidance. She was also the director of the Middle East Partnership Initiative (MEPI) Alumni Network in Morocco. Manal has been recognized at the international level for her work and has been selected in some of the most prestigious programs including FORTUNE Most Powerful Women program, UNESCO Human Rights International Fellow, and the Women Leaders of the World by the Global Women Leadership Network. Manal has been the recipient of the Architects of the Future Award, the Australia Middle East Media Women’s Award and the World of Difference Award by the International Alliance of Women. She is a motivational speaker and an international public speaker on issues ranging from entrepreneurship, youth employment, women’s rights and intercultural dialogue. Manal is based in Rabat, Morocco. 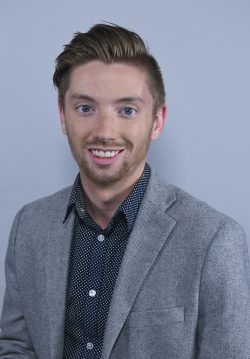 Dan Fitzgerald is Finance and Program Coordinator for the Stevens Initiative. Originally from Pittsburgh, PA, Dan comes to the Stevens Initiative recently graduating from American University with a BA in International Studies and Economics. During his time at American University, Dan interned at various organizations including the United Nations Special Envoy for Malaria, Human Rights Watch, and The Fund for Peace. He is also the recipient of a David L. Boren Scholarship of which he used to study intensive French and Wolof in Senegal. Additionally, after spending a semester abroad in Morocco, Dan knew he wanted to work for a program promoting cross-cultural exchanges between students in the US and MENA region. 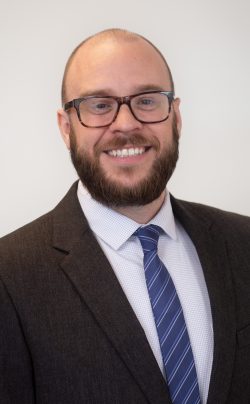 Kyle Kastler is a Senior Program Associate, where he oversees alumni engagement for participants and awardees of Stevens Initiative programs and contributes to the Initiative’s research and knowledge sharing work. In his role, Kyle focuses on providing support to alumni to leverage their virtual exchange experience into future opportunities and sharing resources about virtual exchange with the wider field. Previously, he contributed to the field of international exchange by working on in-person youth exchange programs funded by the U.S. Department of State.  Kyle joins the Initiative after completing a Master’s Program in International Education Policy at the University of Maryland, College Park where he researched and wrote about practitioner perceptions of virtual exchange.  Kyle, originally from Kansas, is a Returned Peace Corps Volunteer, a Critical Language Scholarship Recipient, and holds a B.A. in Spanish and Political Science from Missouri Southern State University. 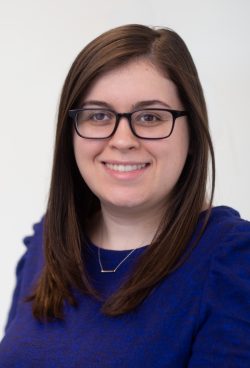 Haili Lewis is a Program Associate at the Stevens Initiative. In her role, Haili plans and executes the program’s events and develops and implements the program’s communications strategy. Before joining the Stevens Initiative, Haili worked for the Aspen Institute Latinos and Society Program where she focused on events and communications. She previously held internships at the U.S. Department of State, Voto Latino, and the European Parliament. Haili has a B.A. in international studies with a concentration on U.S. foreign policy and a regional focus on Europe from American University in Washington, D.C., where she graduated magna cum laude with honors. In her free time, Haili enjoys travelling, cooking, and exploring new places in DC. Haili also volunteers as a Girl Scout troop leader to a group of 3rd grade girls at Marie Reed Elementary School in the Adams Morgan neighborhood of DC.

Andie Shafer is Senior Program Associate at the Stevens Initiative, where she oversees the Initiative’s grant portfolio and awardee programs. In addition to program oversight, Andie provides technical support to awardees and virtual exchange practitioners, helping them build capacity and scale their programming. Andie previously worked with the Aspen Institute’s Middle East Program, where she supported its three subsidiary programs, focusing on education, vocational training, and entrepreneurship in North Africa. Andie wrote for and served as the editor in chief of a university foreign affairs magazine, has advanced events for the White House, and has spent internships in the office of the White House Office of Scheduling and Advance, the Democratic Governors Association, and Michigan’s Governor Jennifer Granholm. Andie, a proud Michigander, holds a B.A. in public policy from the University of Michigan, and continues to study Spanish and Arabic.

Henry Shepherd is Assistant Director of the Stevens Initiative. Prior to joining the Aspen Institute, he was a student in the Master of Science in Foreign Service program at Georgetown University, where he was research assistant to former Assistant Secretary of State Chester Crocker. Earlier, he coordinated the volunteer training program at Soliya, a New York-based organization that facilitates virtual exchange between young people in Western and predominantly Muslim societies. As an undergraduate at Brown University, he helped launch Strait Talk, an international initiative that conducts youth dialogue across the Taiwan Strait. He is from Boston.

Christine Shiau is Managing Director of the Stevens Initiative where she oversees a wide array of functions related to program infrastructure, grants, strategy, communications, and operations, ensuring effective management throughout the program. Christine joined the Initiative following a career in the public and private sectors specializing in finance, accounting, compliance, and grants management. Preceding her current role, Christine managed several multi-million dollar grant programs at Cook County, Illinois. Christine’s portfolio included the Department of Homeland Security’s second largest urban security grant program specializing in public safety and emergency management. Prior to her public sector career, Christine worked as an auditor with Ernst and Young and an accountant with Enterprise Holdings. She came to Washington, DC from Los Angeles, where she worked for Kaiser Permanente managing federal grants through the Department of Health and Human Services. Christine graduated from the University of Illinois-Chicago with a Bachelor of Science in accounting and a minor in marketing. She is a Master of Business Administration candidate at the University of Maryland.

The Aspen Institute is an educational and policy studies organization based in Washington, DC. Its mission is to foster leadership based on enduring values and to provide a nonpartisan venue for dealing with critical issues. The Institute has campuses in Aspen, Colorado, and on the Wye River on Maryland’s Eastern Shore. It also maintains offices in New York City and has an international network of partners.